Instead of baby steps, why not take a giant step?

Change these words. Instead of saying, "Let me show you…", start with these words instead:

"Let me tell you what happened to me."

This signals to our prospects that we are going to tell them a story. When we tell stories instead of facts, magic happens. Here are just a few of the things that automatically happen with stories:

#1. We get our prospects’ instant attention.

#2. We bypass the salesman alarm in our prospects’ heads.

#3. We turn off the skepticism filter in our prospects’ brains.

#4. We turn on the automatic movie inside of our prospects’ subconscious minds.

#5. Our prospects will substitute themselves for the main character in our story.

#6. Our prospects instantly experience the feelings of successfully using our products or participating in our opportunity.

#7. We take the expressway to a special area of our prospects subconscious mind where decisions take place.

#9. A pleasant experience for our prospects.

#10. And, our prospects can easily make a pleasant decision without stress.

I could write pages about each one of these benefits.

But for now, all we need to know is that stories are the most awesome communication tool that we can have.

Key takeaways from this course...

What happened to me.

One little story can change everything. As many of you know, my first opportunity meeting lasted three hours. I told my potential sponsor, "I don't want to join. This is not for me."

My sponsor replied with a 30 second story.

Millions earned from only 30 seconds of skill. Hmmm.

So how much money will you lose if you don't have a great inventory of awesome stories that get prospects to take instant action?

Do you think it might be worth discovering better story skills?

If you want to make the fastest and biggest step of your career, join our master class on stories.

If you don't want to join our master class on stories, that is okay. But, at least do this. Go to and listen to the free preview of my book, “How To Prospect, Sell and Build Your Network Marketing Business With Stories.” You will hear one of the greatest leadership development stories you can use now with your uncommitted distributors. See why Mary succeeds, while John fails. You can listen to the free preview, click here.

Here's how the class works... 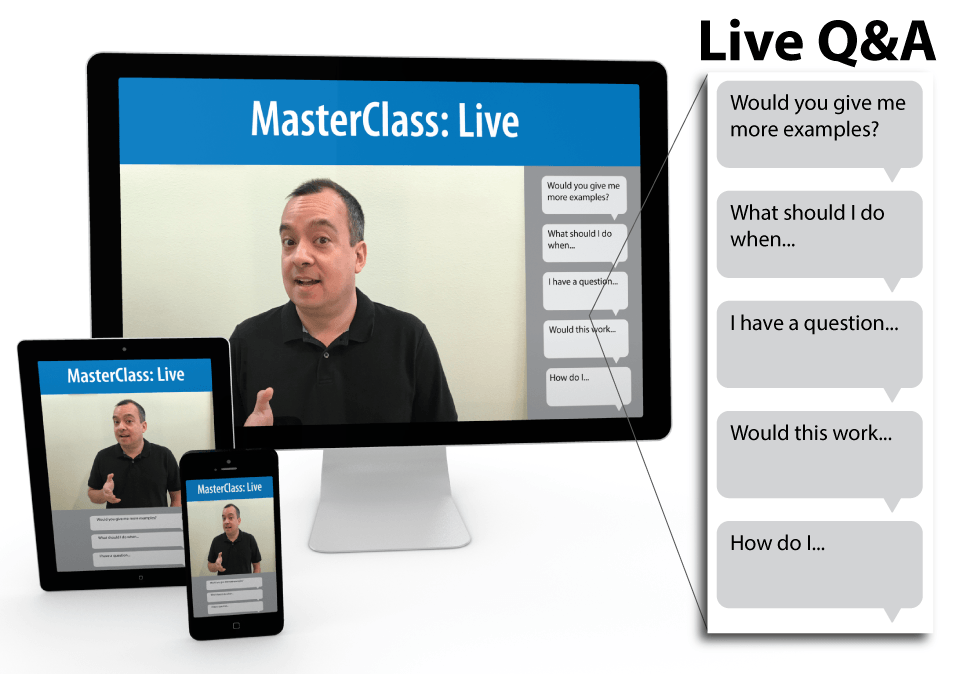 Join Us for Three 45-Minute Classes...

Choose Your Class Time (Open to All Countries)

In addition to live calls, you'll have access to replays of the calls (sent to you within 24 hours of the live call). Replays are available on demand so you can review them any time you want, up to three weeks after the calls.

We will notify you when upcoming classes open for registration.

You'll also receive weekly tips on exactly what to say from the Big Al Report. Feel free to unsubscribe at any time. We value your privacy and would never spam you.

What if I am brand-new to the business?

Now would be an excellent time to start learning and mastering these skills.

What if I am experienced?

What if I am unsure if I should do this?

Then now is not a good time to start.

What if I can't make one of the classes?

We will record the classes, and the replays will be available for three weeks after the final class.

What if the class is full when I want to register?

Then we will put you on a waiting list for the next class.

If you have questions about the class or how to register, contact us today.